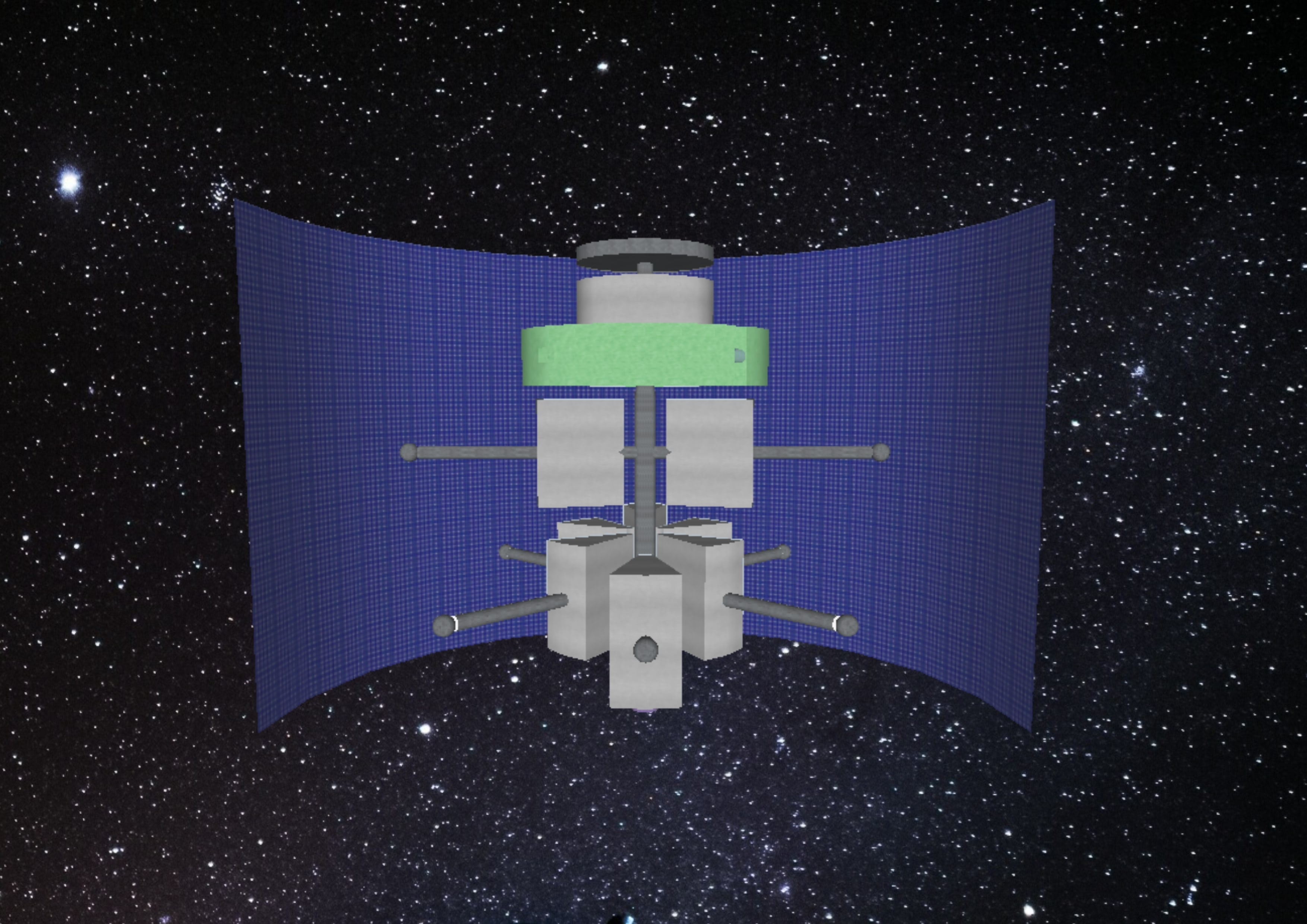 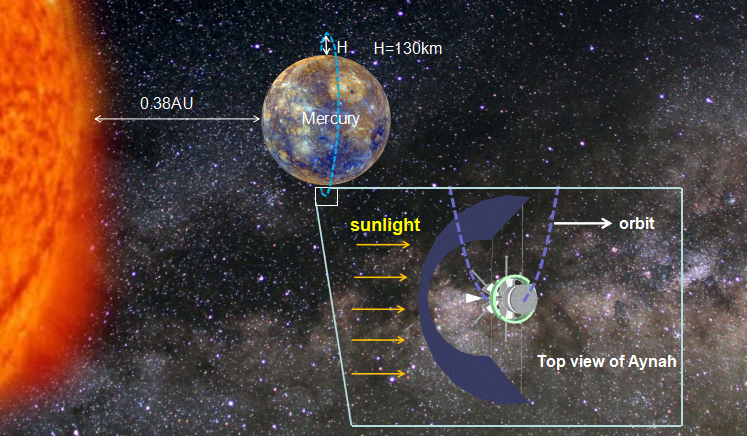 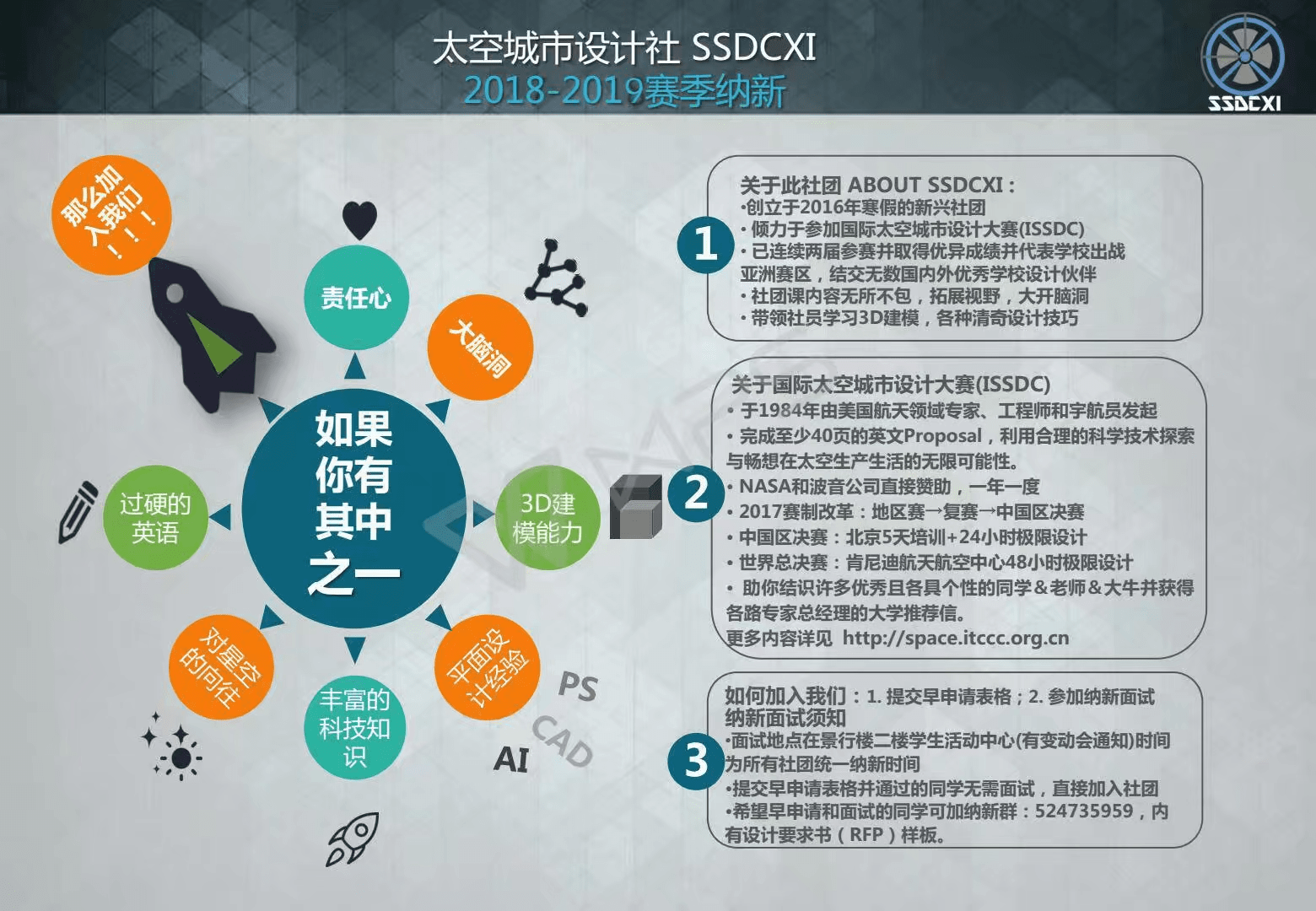 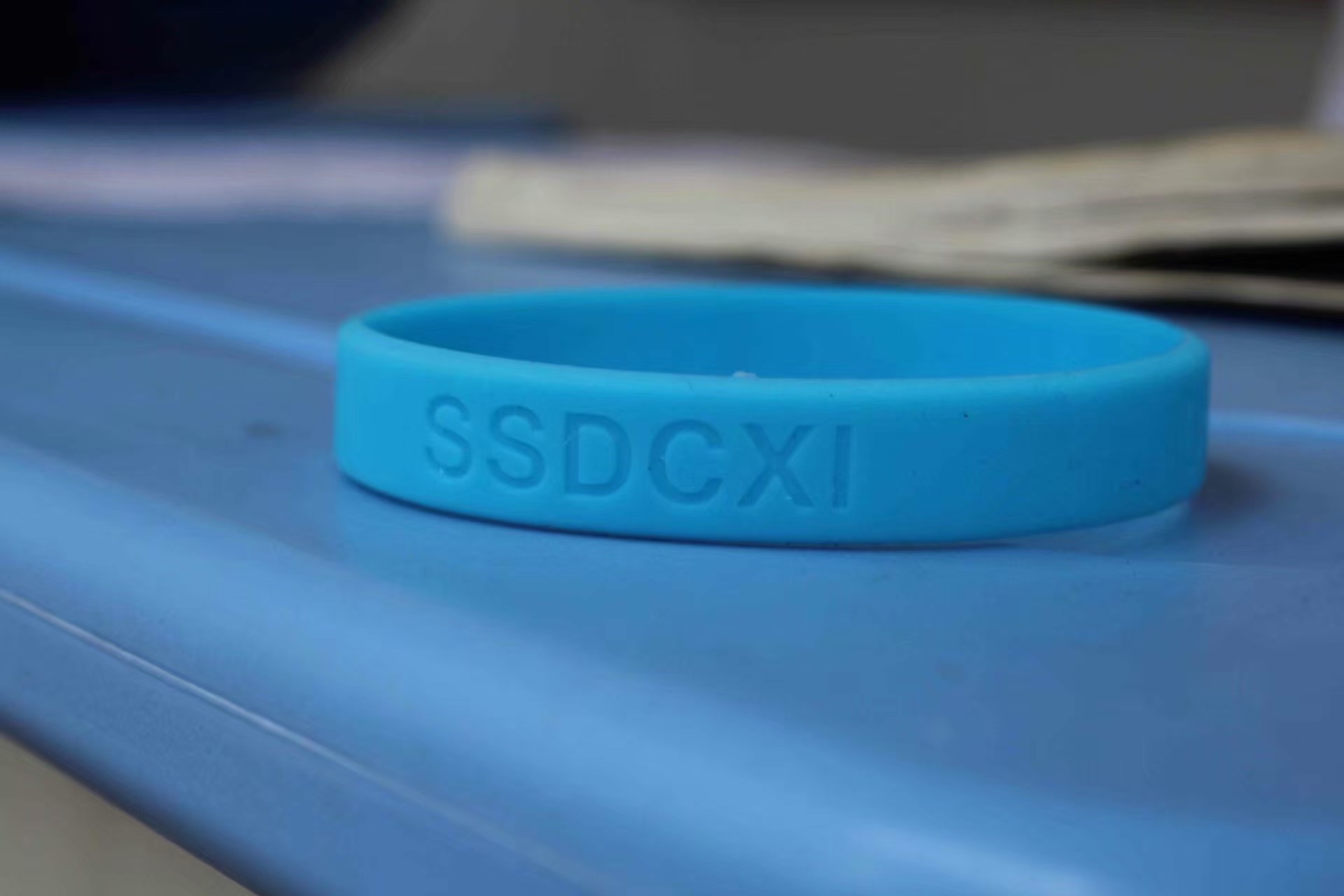 If I could only choose one project to represent my entire high school life, this will be the one.

I started the club with nothing but passion. But after my 2 years of leading and advising the club, our club won the first prize in China qualifying round three times, won the gold medal in China final once, the runner-up prize in world semi-final in New Delhi, India twice and the Dick Edwards Award for Outstanding Leadership twice.

This is our story:

After recruiting 12 members, I founded the club in the spring of 2016. We have the same goal: to design a space settlement. But the problem was nobody knew what the heck we should do. I mean, it is a freaking space settlement.

My job, as the founder and president, is to lead my team to make something out of nothing.

As a high school freshman, I have no idea about how to lead an engineering design team so I just followed my hunch. Before the competition starts, in order to train my teammates how to use 3D modeling softwares, I invited professors from local university to gave lectures. To inform my teammate about how to design, I read through several space settlement proposals and gave talks about physics and design every week.

After about 2 months preparation, the 12 of us received our first RFP(Request For Proposal), requesting us to design a sun-facing polar space settlement orbiting Mercury. To achieve our goal, I deployed a quick weekly iteration cycle in my team by organizing my team into multiple smaller task teams. Through each iteration, I can provide quick feedback to my teammates. As a result, my team and I managed to design multiple versions of the same system quickly, each time better than the last. 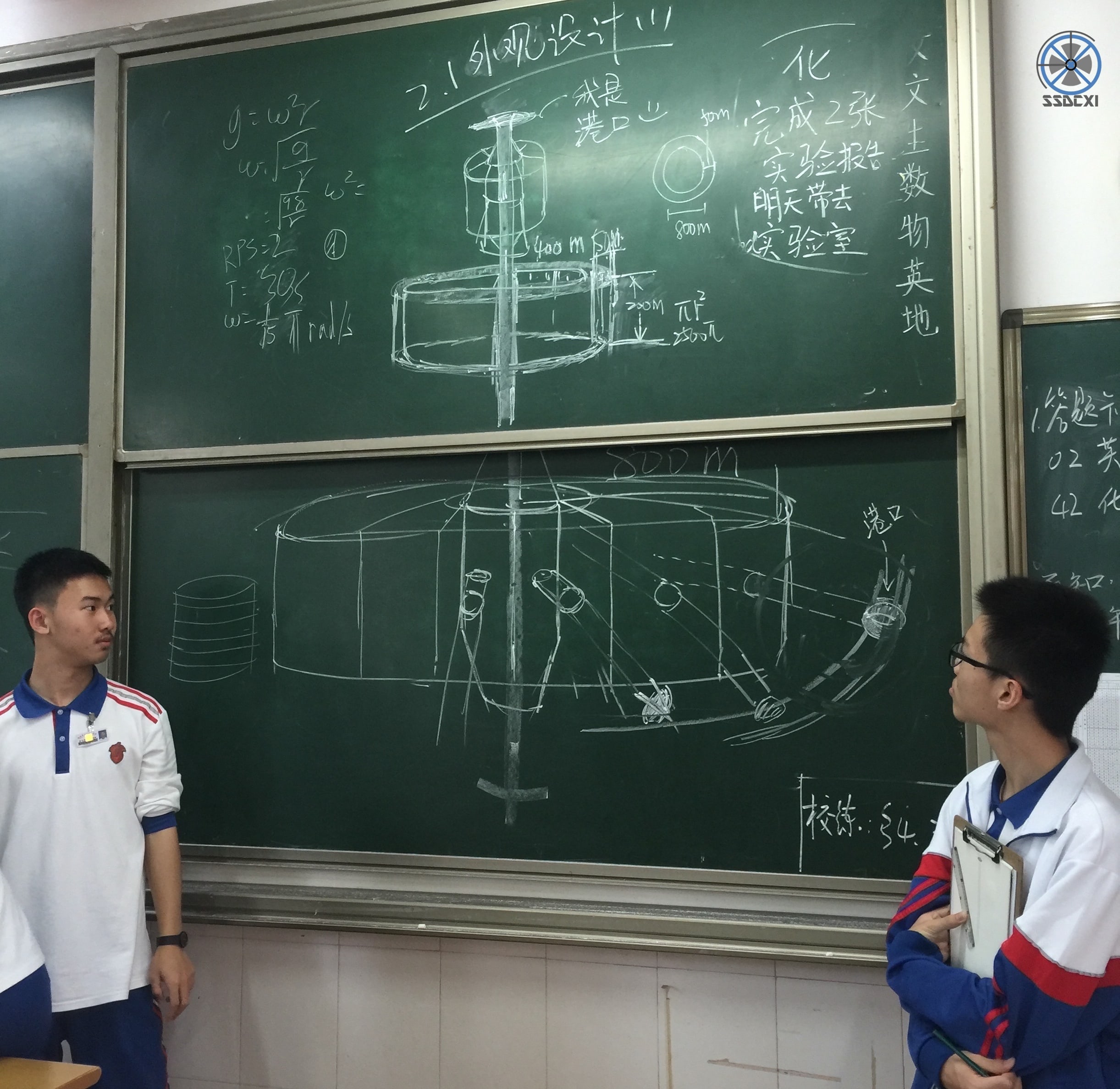 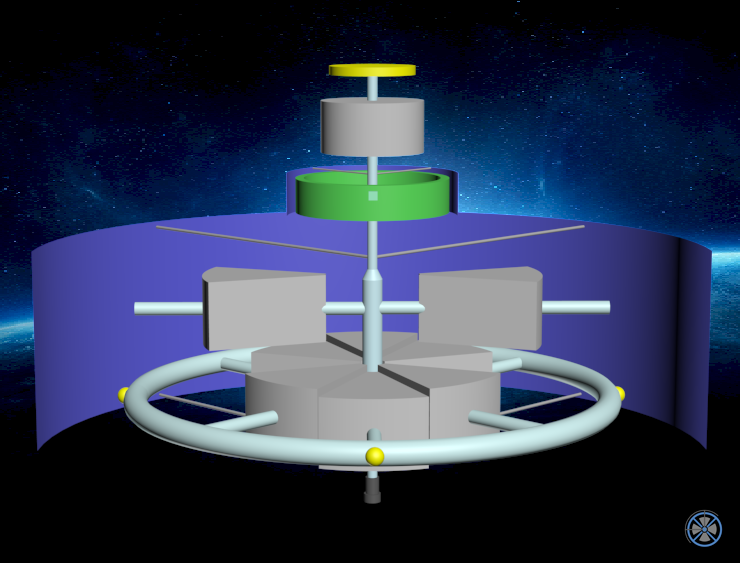 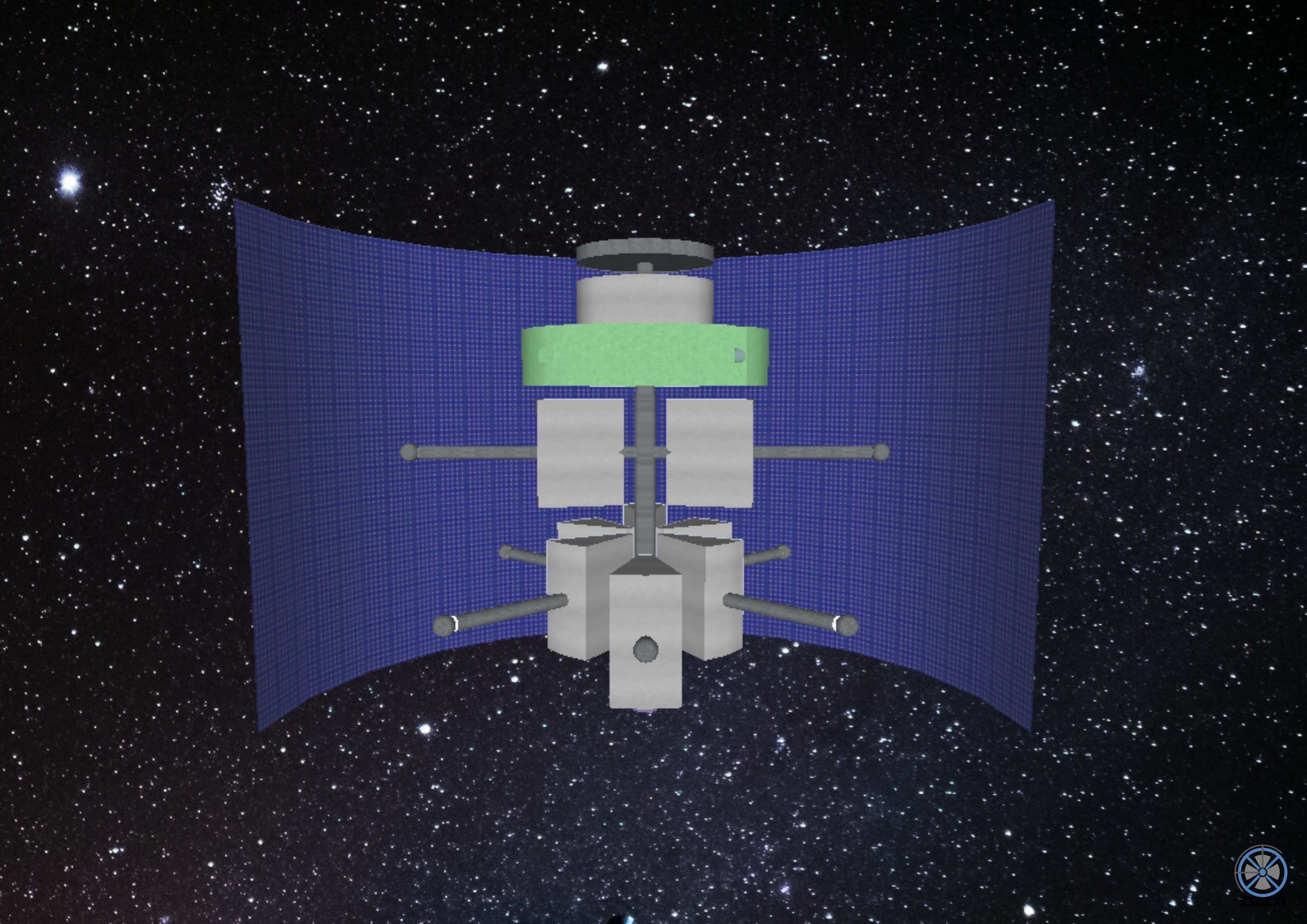 Sometimes I needed to work with my teammates to repeatedly revise their designs, like how we revised the outer structure of our settlement more than eleven times to better accommodate Mercury’s extreme environment. Other times, I facilitated brainstorming sessions for my club members in front of a blackboard for an entire afternoon.

After 4 months of hard work, we made it: A 70-page proposal for a space settlement designed by us.

It is worth noting that I studied at a regular public high school in China, meaning our class started at 7:15 am and finished at 9:45 pm. So I am very grateful that my teammates were willing to follow me to accomplish this almost impossible task on top of our heavy curriculum. Working with you guys under high pressure is one of the best experience in my life. Thank you!

After submitting our proposal in August, I thought this would be the end of our journey. I mean, after all, we were an inexperienced team participating in this competition for the first time. Finishing the proposal on time was a miracle in and of itself, there is no way we can be in the China Final.

Little did I know, this was just the start of a fulfilling two-year journey.

As you may have guessed, we became the first team from my province/state winning the first prize in qualifying round. In China final, I was elected President to lead a simulated aerospace company Vulture which consisted of 48 students to design a new space settlement. But this time, I only have 24 hours and 36 of the 48 students were people I have never met before. By coordinating between departments, I lead the design of an underground settlement on the surface of Mercury in 24 hours. Sadly, my company only won the runner-up prize, meaning my school was not qualified for the world semi-final in India.

But giving up was never an option for my team and I. So after the competition, my team and I spent one month designed and redesigned a new proposal based on the initial one. Those were some of the darkest hours in my high school life, because my ACT test, my mid-terms for 5 subjects in school and the deadline for submission were less than 10 days apart. But we made it.

As you may have guessed, we became the first team from my province/state participating in world semi-final in New Delhi, India and I was the only Chinese elected as President during the competition. This time, I need to lead a 54-student company consists of students from 3 different countries.

Winning or losing one match is normal, but what’s hard is how to transfer the knowledge we learned and make SSDCXI a bigger and better club. So here is what I did to expand my club from 12 members to 40 members in two years.

We are a tech club. Naturally, we need a website, preferably, a cool one. But the problem was nobody in my team knew how to design a website. So naturally, we taught ourselves how to do so. I spent the summer of 2017 working on this website. This is the first website I have ever designed: ssdcxi.space

It is designed with the goals of introducing our club to prospective members and recording our club’s history. It is now maintained by my successors.

It was hard to describe what we do in one poster, (even though we designed multiple ones), so I wanted to shot a promotional video for my club to recruit new members. But the problem was, again, nobody in my team knew how to do that. So naturally, we taught ourselves how to do so. My friends helped me with the footage and I spent about 2 days editing this video. Keep in mind this was made by a guy with zero editing background, so it may not be the best promotional video you’ve seen. You can check out the full video here:

If you are in China, you can check it out here

During the competition, we needed to travel to Beijing and India. Thus, we need some kind of sponsorship to cover our cost. Since my school had no tradition of sponsoring external competitions, I had many meetings with my school’s officials and education head to persuade them to reimburse some of our cost. Mr.Chen, our club advisor, helped me a lot during the process. I also traveled to the other side of the city multiple times to negotiate and secure corporate sponsorship from EIC(启德教育集团). In the end, our hotels and dining were reimbursed by my school and plane tickets were sponsored by EIC, saving about 30,000 RMB for my team.

In the second year of my club, I wanted to introduce more people to experience the joy of working in an engineering design team. So, we held the XYSSDC(Xiamen Youth Space Settlement Developer Conference) in the winter of 2018. It was a 5-day winter camp where we trained 60 high school students coming from across the province about how to design space settlement. This is a story worth its own page. You can check it out here:(TBD)